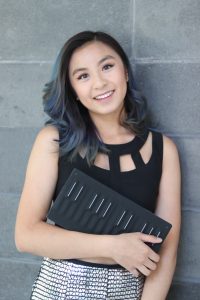 “I’ve dedicated my entire life to music and it’s a huge part of my identity,” award-winning  musician Senaida Ng said in a Q&A with Youth4Music. “It has taught me perseverance, confidence, friendship, and has helped me get through tough times.”

Senaida recognizes that she wouldn’t be able to do all that she does without the steadfast support of her parents, who she says have always helped her with whatever she wanted to achieve. She also credits the RCM’s Young Artists program with giving her countless opportunities to learn and develop as a musician. “I’ve met so many incredible musicians within this program and we have the opportunity to work with some of the best mentors from around the world in our masterclasses and chamber ensembles. Last year, my quintet worked with Joe Johnson, the principal cellist of the TSO.”

As someone who’s been a part of some excellent music programs, both in and out of school, Senaida recognizes how important it is for children and youth to have access to quality music education. “Having music programs in schools are as essential as having math or history classes in schools,” she said. “I believe that the arts are just as valid as any other subject because they teach youth so many skills that they can’t get anywhere else such as creativity, perseverance and collaboration.”

She went on to say that many of her friends from the TYWO, who she describes as “exceptional players,” were first introduced to their instruments through middle or high school band programs. “If it wasn’t for their school’s music programs, they may never have gotten into music. Music programs provide opportunities for students to discover something they love and creates a community of young people who learn to appreciate and create art.”

Providing opportunities for youth to create and perform music is something Senaida feels very strongly about. She noticed that it was difficult to find performance opportunities as a young artist, and that many venues and festivals were restricted to musicians ages 19 and up. Her solution was to create the Youth Showcase Concert Series.

“In March 2019, I attended the Youth4Music Leadership Symposium where I got the chance to talk to some other youth leaders, which was really insightful and inspirational. After the symposium, I began planning the Youth Showcase Concert Series and contacting possible venues. Every year, Downtown Markham hosts a summer music festival so I decided to contact them and they were very happy to let us host our concert series every Saturday afternoon in August.” After reaching out to friends who had bands and advertising on social media, Senaida found herself with over 60 applications to perform, from young musicians throughout the Greater Toronto Area, and even one from London, ON. In the end they had 20 acts representing “a wide range of genres including pop, rock, R&B, soul, electronic music, jazz, funk, blues, and country. They were also able to raise $2500 for Big Brothers Big Sisters of York, through the support of generous sponsors and the almost 500 people who turned out for the showcase.

Prior to this experience, Senaida had not led and organized such a large-scale project. As a result, Senaida “learned how to find sponsors, create a budget, market the event, organize meetings, run a team of volunteers and work with adults.” She also learned how to deal with unexpected challenges, like the weather, or things not running according to schedule. Despite some struggles, running the Youth Showcase Concert Series was a great experience overall, especially because it led to meeting so many other passionate, inspiring young musicians.

Senaida plans on making the concert series an annual event. She’s also partnered with Indie Week Toronto to host the Indie Week x Youth Showcase Concert at The Cut on November 16 from 2 PM – 6 PM, which will feature some of the musicians from the summer series, including Senaida, herself. In the meantime, she’ll be getting ready to release her EP, working on university applications (she plans to study music production and technology), and, as always, making music.